What can I do to treat plantar fasciitis/fasciopathy?

What can I do to treat Achilles tendonopathy?

What can I do to treat shin splints / medial tibial stress syndrome?

What Are DolorClast® Radial Shock Waves?

In 1997, EMS patented the first radial shock wave device, the Swiss DolorClast®, based on the ballistic principle.

Compressed air sent to the handpiece accelerates a projectile, which strikes a fixed applicator at high speed (up to 90 km/h). The kinetic energy resulting from this movement is converted into a shock wave transmitted in a radial manner to the targeted tissues.

Shock waves delivery is short in time, usually lasting just a few minutes, thus enabling to be coupled with other therapies within the same session as recommended by the GDT. DolorClast® Shock wave protocol usually includes a total of three to five sessions, planned at a rate of one to two sessions per week with an interval of minimum 72h between them. 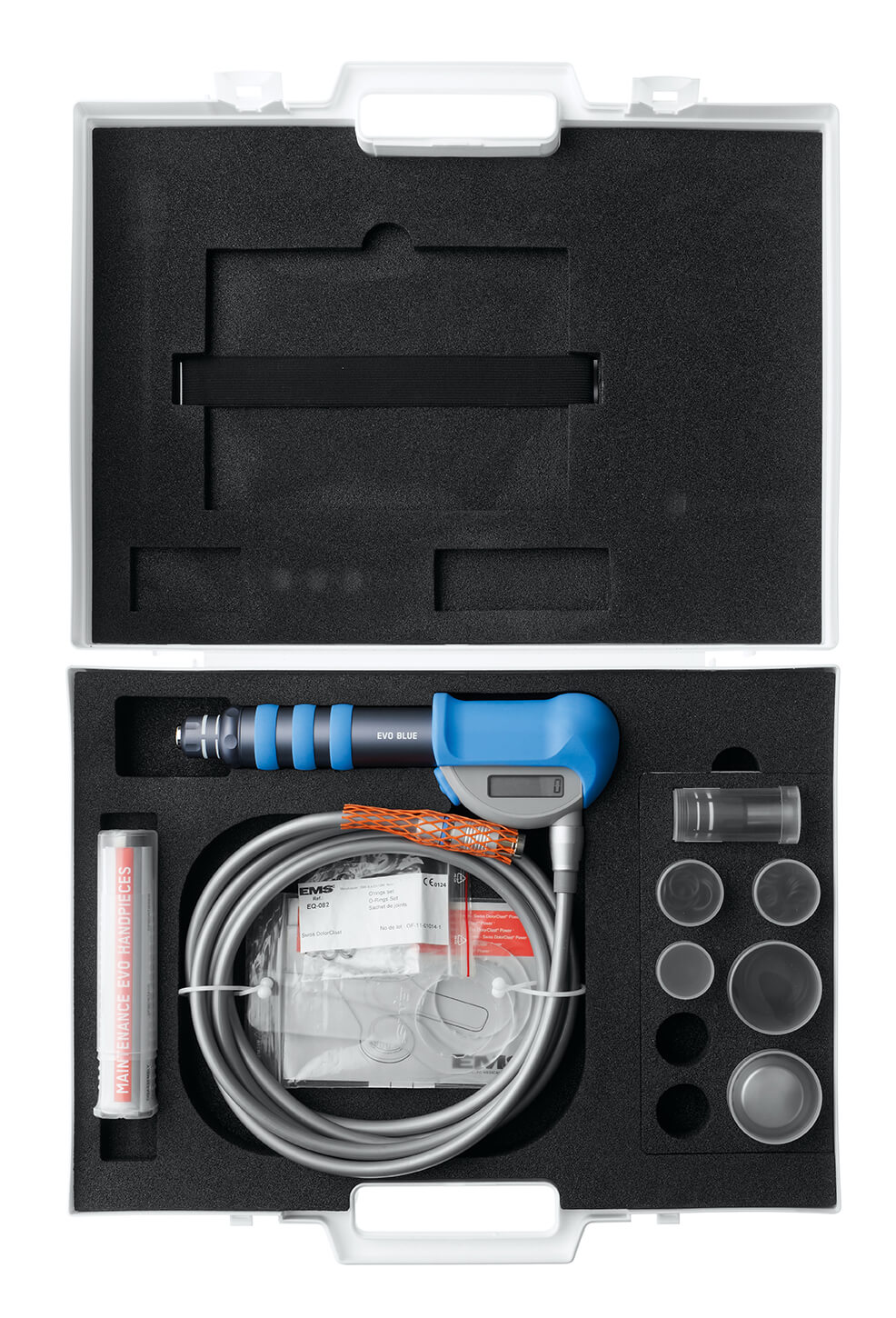 about plantar fasciopathy and other types of heel pain
Click Here